If you're new here, you may want to subscribe to my RSS feed. Thanks for visiting!

South Africa will throughout March 2016 commemorate the Human Rights Month to raise awareness and promote respect for basic human rights. A number of events will take place around the country leading up to Human Rights Day which is commemorated annually on 21 March. The National Commemorative event, Human Rights Day will be addressed by President Jacob Zuma.

The democratic government declared 21 March as Human Rights Day to honour those who fought for our liberation and the rights we continue to enjoy today. All South Africans are encouraged during this time to pay tribute to those who made sacrifices and put their lives in danger for the sake of freedom and human rights for all.

This year’s commemoration will be used to raise awareness of racism and explore ways in which we could eradicate it. It will take place under the theme: “South Africa United Against Racism”. This year’s focus was largely informed by incidents of racism that have been on media and other platforms since the beginning of the year.

While racism is complex, it is nevertheless undoubtedly a form of oppression. It stems from discrimination against a group of people based on the belief or idea that they are inferior because of their race or ethnicity. It goes against what we have fought for, which is the principle of equality and dignity, as well as the right to be treated without discrimination and be given equal opportunities.

The month therefore is an opportunity for all South Africans to improve their understanding of what constitutes racism and to have a constructive national dialogue on how to address it. South Africans need to be united on all fronts to address the scourge of racism.

Many of the provisions of the Constitution of the Republic are based on the Freedom Charter, which declares, among other things, that South Africa belongs to all who live in it, black and white. The anniversary provides us as South Africans with an opportunity to reflect on how far we have come as a nation in inculcating a culture of human rights and building of a democratic society based on the principles of non-racialism and non-sexism.

KEY MESSAGES SUPPORTING STATEMENTS
Our nation is founded on a commitment to human rights for all.

• Human rights are universal and are applicable to everyone.
• In 1994 we moved from an oppressive society to one that values the human rights of all.
• Our country recognizes women as equal citizens, with equal rights and responsibilities.
• Government continues to ensure that all South Africans without exception enjoy all rights such as right to life, equality and human dignity.
• We must continue to ensure that human rights and dignity of South Africans are forever protected.
The promotion and protection of human rights is our biggest success.

• Government has since 1994 consistently worked to improve the lives of all South Africans by advancing their socio-economic rights such as housing, water, education, social development and healthcare.
• The socio-economic rights are included in the Bill of Rights and it contains a list of human rights that are protected in South Africa.
• The Bill of Rights ensures that everyone is equal before the law and has the right to equal protection.
• It ensures that everyone has a right to freedom of movement, to use their language, participate in the cultural life of their choice and to reside wherever they choose.
• South Africa is also signatory to a number of international treaties and agreements such as the Universal Declaration on Human Rights.
Human rights come with responsibilities.
• We are duty bound to behave in a manner that is responsible and ensure our rights are protected.
• Know your rights and responsibilities so you can speak out when you are being treated unfairly.
• We have a collective responsibility to build a society that respects the rule of law, respects one another and respects life and property.
• We have a responsibility to abide by the rule of law.
We continue to build on our human rights foundation. • For the first few years of our freedom the democratically elected government repealed apartheid laws and prescripts to ensure equal rights and protection before the law to all South Africans.
• Government continues to ensure that all South Africans without exception enjoy all rights such as right to life, equality and human dignity as enshrined in our Constitution.
• Citizens have the right to vote for and choose public representatives in regular national, provincial and municipal elections.
• All South Africans continue to enjoy equal protection before the law regardless of race, religion, gender of sexual orientation.
• South Africa has several Chapter 9 Institutions such as the Human Rights Commission, the Auditor-General and the Commission for Gender Equality which support our constitutional democracy.
• Government continues to build on its efforts to provide universal healthcare and quality education for all.
• Or social assistance programme and various grants help to alleviate poverty and provide dignity and hope to millions of South Africans.
Government is committed to social cohesion and nation-building.
• Even though we have made huge strides in breaking down racial barriers, nation building is a process and we must continue to nurture and defend it.
• To move our country forward and towards non-racialism we must confront racism that has raised its ugly head.
• A National Action Plan to combat racism‚ racial discrimination‚ xenophobia and related intolerance is being developed.
• The Plan provides the basis for the development of a comprehensive public policy against racial discrimination and will assist government to meet its international human rights obligations.
• Government calls on all South Africans to use the Human Right Month to fight racism that is still prevalent in our society.
Together we must eradicate racism
• Racism is not only a threat to our democracy but it is a barrier towards transforming our country to a non-racial future.
• Racism weakens the fabric of our society and erodes the trust and the optimism on which economic growth depends.
• South Africa needs to address racism with the seriousness it deserves and we should have a constructive dialogue to heal our nation and foster unity, understanding and strives towards non-racialism.
• The values of non‐racialism and non‐sexism are central to our democratic values and principles.
• We must do more to guarantee that South Africa belongs to all who live in it and that we are united in our diversity.
We must strive for deracialisation of the economy and expedite job creation. • Civil and political rights mean little if they are not accompanied by socio-economic freedom.
• We have to build an inclusive economy which creates jobs, but more importantly an economy that reflects the demographics of the country.
• Working with business, labour and the community sector we have to change the ownership, control and management of the economy.
• Together we must also support redistributive measures that would enhance the standard of living and quality of life for all.
• The future is in our hands to confront the triple challenges of unemployment, poverty, and inequality.
We salute those who fought tirelessly for the emancipation of women.
• This year marks 60 years since the historic women’s march in 1956 and our country will always be indebted to the selfless women who participated in it and whose actions set the tone for gender equality and empowerment in a democratic South Africa.
• Due to the sacrifice of many unsung heroes and heroines we now live in a country governed by a Constitution which recognises women as equal citizens, with equal rights and responsibilities.
• The Women’s Charter, the Freedom Charter and the 1956 March greatly contributed to the full participation of women in all spheres of government.
• Due to the selfless acts of many South Africa women have taken their rightful place in parliament, government, the private sector and civil society. 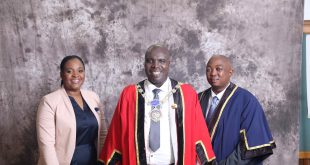